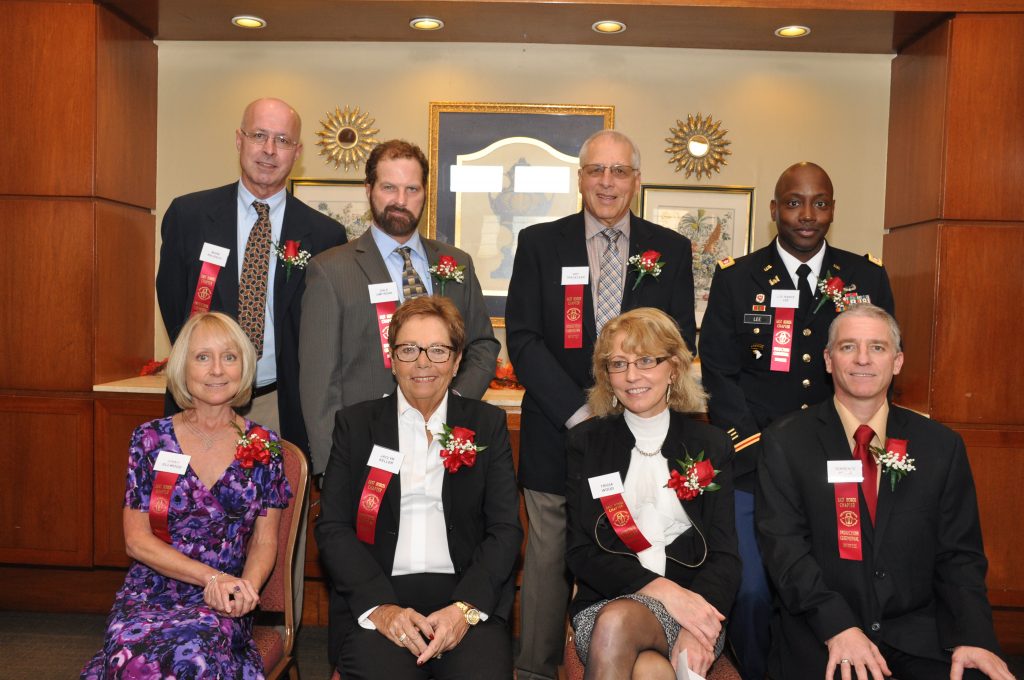 The basketball standout from Edgewood High School was a captain his senior year, a three-time all-section player and an all-state performer.

A Dapper Dan Roundball and WPIAL MVP, Balbach earned football and basketball scholarship offers and starred at Slippery Rock University. He was a PSAC all-star and an honorable mention All-American.

He taught and coached basketball for 33 years at Southmoreland, Beaver Falls and Blackhawk high schools.

The three-sport star in cross country, diving and track and field at Plum High School owns the boys diving school record, placed high at the WPIAL championships and qualified for states.

Dmitrzak was a conference track champion and helped set a WPIAL relay record.

He continued to dive at Penn State, qualified for the NCAA championships and broke the Nittany Lions' 1-meter record.

The Plum High School graduate started competitive road racing in 1982 and has produced top finishes in races of different lengths, including marathons, for more than three decades.

She earned an 11th-place finish among all women in the 1997 Pittsburgh Marathon.

Ellwood has completed 13 marathons, including ones in Boston and Philadelphia, and also has tested herself with successful times in several triathlons.

She also has served as a track and field and cross country coach at Penn-Trafford.

She has been as a tennis instructor and director since serving as an assistant tennis professional in 1977 in Monroeville. She lives in Florida where she continues to put her love of tennis into practice with a number of awards and honors to her credit.

Lee was a four-year letterman for both the indoor and outdoor track teams at West Point. He captained the men's track and cross country teams and finished as a seven-time Patriot League track champion in the 800 meters and various relays. Lee helped the cross country team finish sixth at the NCAA meet in 1993.

He served combat deployments to Afghanistan and Iraq and is a two-time recipient of the Bronze Star.

The 1987 Penn Hills graduate earned three varsity letters in wrestling. He produced a strong varsity career while competing with one leg after being born without a right fibula and having surgery to amputate the leg below the knee.

McCue went a combined 40-15 over his junior and senior seasons, was a section champion as a senior and earned a No. 2 media ranking at 98 pounds.

The football coaching legend produced a 165-133-3 record as a head coach at Jeannette, Penn-Trafford and Norwin. His Penn-Trafford teams won five conference titles, and his 1997 squad was the WPIAL Quad-A runner-up.

Traggesser also was enshrined into the Western Chapter of the Pennsylvania Sports Hall of Fame in 2005.

The Turtle Creek High School graduate was a varsity letter winner in basketball, softball and tennis.

Wood started three years on the basketball team, helped the squad win the WPIAL title in 1982 and earned multiple all-star honors. She was a four-year varsity starter in softball and later played three years in college at IUP.

Her athletic career has including mountain bike racing and triathlons.