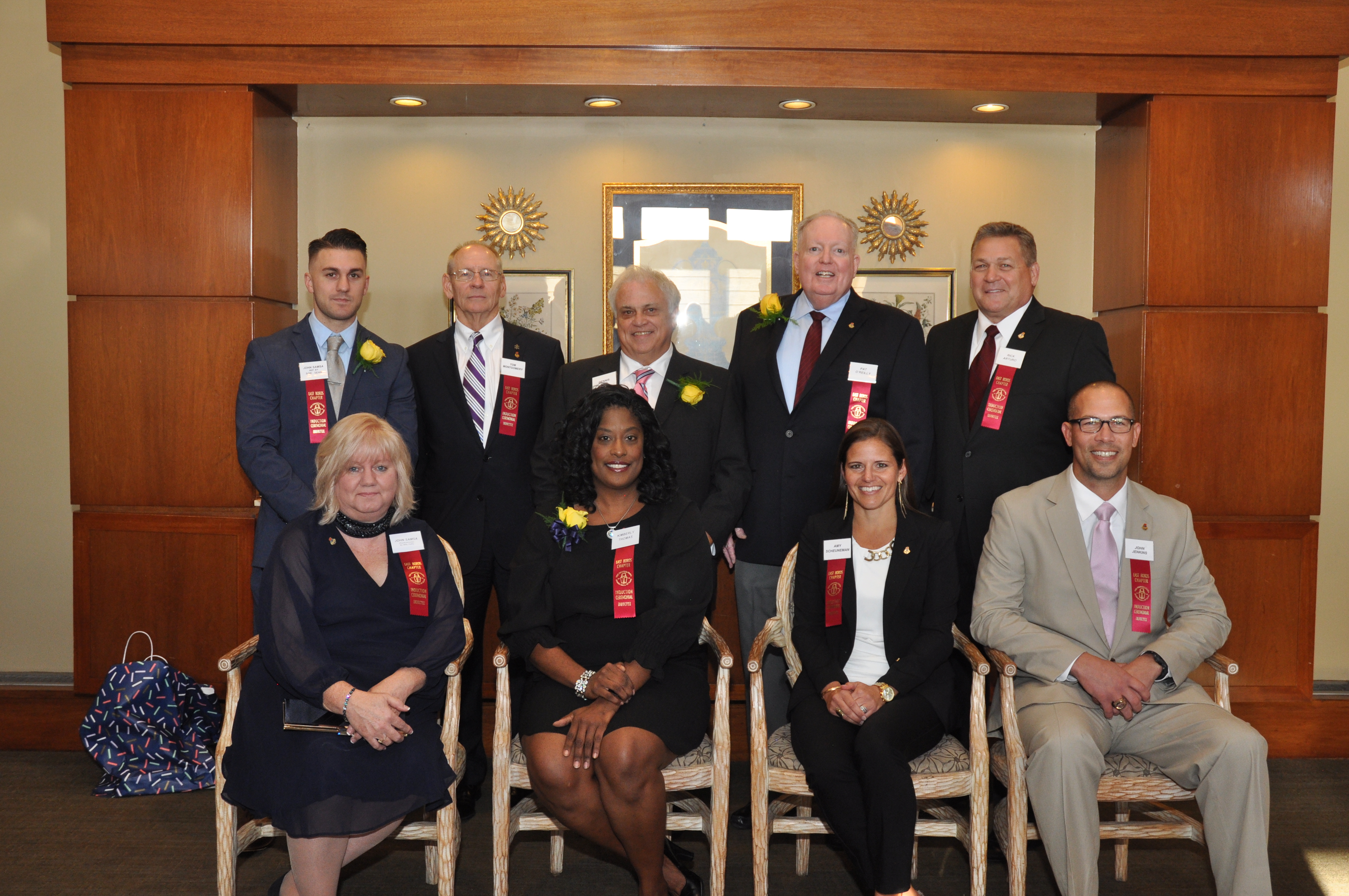 Rick Arturo, a 1977 Penn Hills graduate, was a three year letterman in football and captain of Penn Hills’ first WPIAL and PA State championship team.  In his senior year, he was named All Conference, All WPIAL, All State, and High School All-American.  He was voted as both the Foothills Conference Most Valuable Defensive Lineman and Most Valuable Offensive Lineman and was listed in the 1976 Who’s Who in High School Athletics. He was inducted into the Penn Hills Sports Hall of Fame in 2009.

Rick attended Carnegie Mellon University and was a four year letterman at Nose Tackle. A four year starter, he was named as a First Team All Conference defensive lineman for the President’s Athletic Conference in 1981.  He graduated with a degree in Business/Economics and began a career in the computer industry where he helped build Sun Microsystems and Cisco.  Rick is currently helping launch an Artificial Intelligence software start-up founded at CMU.

Rick’s civic endeavors include Board Member roles at Spark, an inner-city mentoring program started at the University of Pennsylvania, and The Alice Paul Institute, a non-profit organization working for gender equality.  Rick is also active in raising funds for cancer research by riding in Pelotonia, a 100 mile annual charity bike ride in Ohio.  He has raised almost $20,000 for The James Cancer Hospital in Columbus.  In his spare time, he likes to compete in sprint triathlons, having participated in 18 over the past five years.

John attended East Allegheny High School where he participated in three sports; Football, Basketball and Baseball. He was a member of the 1993 East Allegheny Wildcats; WPIAL 2A Champions and PIAA State Runner Up. After playing in the Big 33 All Star Classic in Hersey, PA, John was afforded a full athletic scholarship to the University of Pittsburgh to join the Panthers under legendary Head Coach Johnny Majors. After winning multiple conference and national honors, John was awarded the Liberty Bowl Defensive MVP to finish out his college football career.

In 1998, the Pittsburgh Steelers signed John to a rookie contract, allowing him to play his entire professional career in his hometown with his family by his side.

A 1968 graduate of Gateway H.S., Dennis was a starting point guard and all-section performer under the tutelage of Coach Regis Laughlin.   He continued his basketball career at Shippensburg State College where he started three years and captained the 1972 squad.

One month after his college graduation, Dennis was hired as the head boys’ basketball coach at Slippery Rock High School where the team promptly set a school record for the most losses in one season; however, five years later the Rockets were playing for the WPIAL championship at the Civic Arena.

In the early 70’s, Dennis enjoyed an active amateur boxing career compiling a 21-5 record and represented Western PA in bouts against teams from New York City, the United States Navy and inmates from the State Correctional Institute of Pennsylvania.

In 1983, Coach King accepted the position of head boys’ basketball coach and English department chairman at the newly opened Brentwood High School near Nashville, TN.  Along with winning numerous section, district and region titles, Brentwood High made three consecutive trips to the state tournament in 2013-14-15 losing twice in the semi-final game and once in the championship game by three points to Hamilton High School of Memphis.

Tom was raised in Turtle Creek, the son of George Allan Montgomery and the late Anna Montgomery.  He attended Turtle Creek High School, was Class President for three years, and received the Dr. A.N. Addleman Citizenship Award, American Legion Award and Optimist Club Boy of the Year Leadership Award. Tom was fortunate to play on good teams, and he played on the WPIAL Class B Championship Basketball Team.  Tom was All-Section (Unanimous Choice and Team Captain.

Tom started 3 years on the Grove City College basketball team, and he joined a team with a 6’7” small college All American and 2000 point scorer. Tom’s long distance shooting and zone-breaking talents were complementary to the team.  They were nationally ranked and finished those seasons at 18-6 and 19-5.  As Team Captain, he held the free throw shooting record (87.1%), and was leading scorer his Senior Year.

From 1983 to 2001, Tom coached youth baseball, basketball, and soccer in the Peters Township Recreation Program. From 1997 to 2009, he watched three sons and a daughter play 12 consecutive years of collegiate soccer for the University of Pittsburgh, Allegheny and Westminster Colleges.

Patrick Joseph O’Reilly was born in Turtle Creek, the son of Leo and Margaret (Daugherty) O’Reilly. His athletic career began in 9th grade at Penn Avenue Jr. High under Coach Bob Ford; his basketball team finished in a three way tie for first place. At Turtle Creek High, playing for Coach Donald “Ducky” Goltz, his JV team went undefeated in section play. He achieved all-section honors his senior year - the last Turtle Creek athlete to do so in Class A. He played varsity baseball and American Legion and was twice named to the all-star team.

Upon graduation from West Liberty State, Pat became a business education teacher at Swissvale High School. He coached Girls’ Basketball, Junior High Boys’ and Boys’ JV teams, and was then promoted to the Boys’ Varsity team where he remained for thirteen years. He spent springs and summers umpiring high school and college baseball and girls’ high school softball, where he was honored to umpire the WPIAL and PIAA championship games. He retired from Woodland Hills H.S. in 2005.

Sports have always been an integral part of John’s life.  Lettering in 3 sports at Turtle Creek HS, he excelled at baseball.  In 1979, he batted .587, which ranked him 5th in the WPIAL.

At Slippery Rock, he started in right field and was selected to the Pennsylvania State Athletic Conference 1981-1983. In 1982, he was selected to the All-South Atlantic Region Baseball Team.  Averaging one homerun per every 11 at bats, he ranked 10th in the nation and 12th for RBIs.  His team won the state championship.  He shattered several school records in 1982, including the single-season record for homeruns, slugging percentage, and RBIs.  His career slugging percentage of .640 stood for years and his 1.000 (1981) fielding percentage remains today.

He coached football at Turtle Creek HS and baseball at CCAC.  Later, he coached his sons and volunteered with the Turtle Creek Athletic Association where he served as president for a decade.

In 2005 John began refereeing with the Greater Pittsburgh Football Officials Association, serving as board vice-president and co-chairing the scholarship committee.

Passionate about making a difference,  John was the Director of Adults with Intellectual Disabilities at NHS, where he worked the past 17 years.

Amy (Williams) Scheuneman is a 1999 graduate of Plum HS and earned 14 varsity letters and was named to various All-Section, Elite Eleven and All-WPIAL soccer teams. She was a member of the CC Team and Indoor & Outdoor Track Teams where she set a school record.

Amy continued her career as a dual-sport athlete at Robert Morris College where she was a 4 year starter, 4 year letter winner and team captain her senior year for the Colonials’ Women’s Soccer Team. She earned another 4 varsity letters in track and was a pole vaulter for the Colonials during their NEC Indoor Championship in 2000.

After graduation, Amy became the Athletic Director at Avonworth, transitioned to Bethel Park in 2006 and then assumed the same role for North Hills in 2016.

In 2008, Amy was honored with the “Administrator of the Year Award” by the EAIFO Association and was inducted into the Plum Borough Sports Hall of Fame in 2011.

Kimberly Thomas’ athletic prowess began to show as she participated on her junior high school track and basketball teams.  This is not surprising being that she is the daughter of former Pittsburgh Steeler J.T. Thomas.

Her development on the junior high basketball team was the impetus for an outstanding high school career.  She became a four year letter winner at Gateway High School.

Kimberly competed as a freshman on the Gateway varsity track team. As a junior, she began competing in both running and jumping events, placing at the top in each.  Her senior year brought excellence as she added the Triple Jump to her repertoire and was culminated by a WPIAL championship in the Long Jump and a second place in the Triple Jump - then becoming a Pennsylvania champion by winning the Triple Jump at the PIAA meet.  She received an athletic scholarship from Ohio University where she was a member of the women’s track team.  Her 1994 team was MAC champions.  Kimberly also participated in the prestigious Duke Invitational each year and was named captain her senior year.

Her induction into the Gateway Sports Hall of Fame in 2010 is a source of pride for Kimberly.