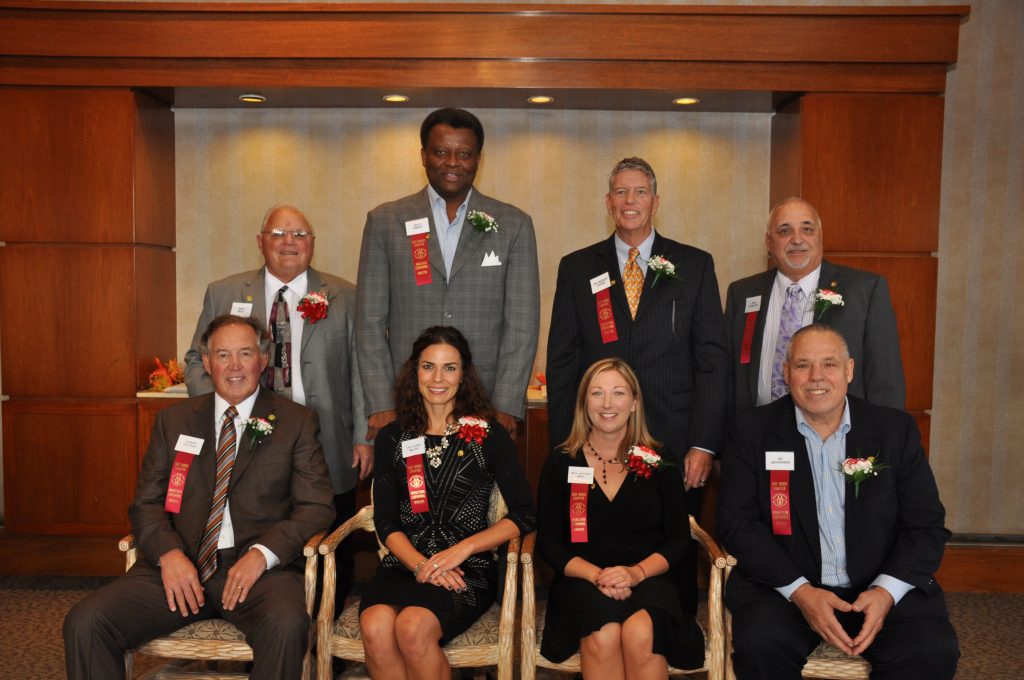 The 1972 East Allegheny graduate lettered in football in 1969, was the defensive signal caller on the 1970 title team and was captain and an all-conference pick in 1971.

He played football at Harford Community College and earned MVP honors and nose guard in 1974. Bednarick moved on to the football team at West Virginia University, earned the Most Desire Award in spring practice by then coach Bobby Bowden and lettered in 1976.

He also was an accomplished boxer, finishing runner-up in the Silver Belts in 1972 and Golden Gloves in 1977. Bednarick was the 1978 and 1979 western Pennsylvania Open heavyweight champ.

He earned a standing ovation following a fight with Joe Frazier's son, Marvis, at a sold out Civic Arena for the state Golden Gloves title in 1978. He took a decision loss. Bednarick fought Frazier again in 1979 for the state title in Philadelphia and later turned pro.

He won his first five pro bouts — four by knockout. A 1981 fight with future heavyweight champion Tim Witherspoon was broadcast on HBO. Bednarick had an overall fight record of 25-4.

The three-sport high school standout at Gateway started in football all four years and became the first defensive player to win the Gatorade National High School Football Player of the Year award.

He also was named to the USA Today High School All-American Team. Bray was the first athlete in Gateway history to acquire 12 letters in his four years at the school. He also led the Gators basketball team to the WPIAL and state playoffs in three seasons. In track, Bray won the state championship in the javelin as a senior.

He was named an academic All-American and received the Monroeville Citizen of the Year award.

He was inducted into the Gateway Sports Hall of Fame in 1999.

Bray was recruited by many Division I schools and chose Pitt. As a linebacker, he started his first game his freshman year and finished with 170 career tackles despite battling through numerous injuries during his junior and senior year.

Those injuries prevented him from playing pro football, but he got into coaching. He coached at Duquesne, Western Kentucky, Villanova, Pitt and Temple before going to Iowa State.

Born and raised in North Versailles, Johnston attended Westinghouse Memorial High School and was a three-year letterman in baseball. He helped East McKeesport-North Versailles win an American Legion league title in 1968, and the squad was one of eight teams to advance to states. He also experienced multiple regular-season and playoff titles in the McKeesport Daily News League.

Johnston was a three-year baseball letterman at Indiana University of Pennsylvania. He earned a degree in education in 1973 and a master's at IUP two years later. With his help, IUP won the 1971 NAIA District 18 and Area 8 championships and placed third at the NAIA World Series. In 1973, IUP won the PSAC title.

Johnston was the club baseball coach at Walsh College from 1975 to 1977 and helped upgrade the program to an NAIA intercollegiate program.

Johnston has worked in the department of residential life at the University of Connecticut since 1988.

The Braddock High School graduate was a high school basketball All-American and played in the Dapper Dan Roundball Classic before becoming an All-American at the University of Pittsburgh.

Knight played 11 seasons as a pro in the United States and one season in France. He played eight years with the Indiana Pacers and earned three all-star selections.

In recent years, Knight served as an NBA executive, first spending five years with the Pacers. He was the team's senior vice president for basketball operations in charge of pro, college and international scouting and daily operations within the basketball department.

He then spent two years with the Vancouver/Memphis Grizzlies and drafted Pau Gasol, the 2002 NBA Rookie of the Year.

Knight served as executive vice president and general manager of the Atlanta Hawks from 2003 to 2008 and was responsible for all aspects of the Hawks' basketball operations.

A consultant and motivational speaker, Knight also competes as a ranked tennis player.

Mele attended California (Pa.) and played baseball. Upon graduation, Mele returned to Swissvale as a teacher and a coach. He began as an assistant in baseball and football and eventually became the head coach in both sports.

As a head coach, Mele's teams won three section championships in baseball and three conference football titles. He coached in four WPIAL football championship games, was selected the AA coach of the year in 1980 and had the school's first undefeated and untied team in 1985.

Mele also had the opportunity to be an assistant coach at Penn Hills, Shady Side Academy and Franklin Regional.

He also coached two years as an assistant girls basketball coach at Shady Side Academy.

The Plum graduate was a standout soccer player with the Mustangs and then at Penn State Behrend. As a midfielder at Plum, she earned all-section honors all four years.

She helped Behrend win three straight Allegheny Mountain Collegiate Conference titles and earn an appearance in the NCAA tournament. Miller was named to the AMCC All-Conference team three time and was the AMCC MVP as a freshman. A team captain her senior year, she broke the school's record for career goals.

Miller earned her Masters and Doctorate degrees at the University of Southern Mississippi, and she currently is in her 10th year as an associate professor and program director of the sports management studies program at California University (Pa.).

Raised in Trafford and a student-athlete for the Trafford Tomahawks, Palchak went on to a hall-of-fame career at Division III Susquehanna (Pa.).

He lettered two years in basketball and football at Trafford, helping the Tomahawks to Ally-Faye-West conference football titles in 1966 and 1967. He also earned all-conference and All-Westmoreland County honors.

At Susquehanna, Palchak played fullback for four years. In 1970, he set single-game (225) and single-season (1,025) rushing records, becoming the first back in program history to rush for 1,000 yards.

The 1970 team beat Georgetown University in the Atlantic City Boardwalk Bowl and won the MAC championship.

Palchak earned All-American and Pennsylvania honors, was named the Northern MAC and team MVP and was inducted into the Susquehanna Sports Hall of Fame in 1977.

Raised in Penn Hills, Thorne's athletic career began as a competitive swimmer at the club level with numerous team and individual titles over 10 years. He helped the Penn Hills varsity basketball squad capture three section titles and make runs in the WPIAL tournament and state playoff.

In two years of varsity volleyball, Thorne was a member of two WPIAL-championship squads. One of those teams went on to win a state title.

After graduating from the University of Pittsburgh and Slippery Rock University, Thorne received his doctorate in chiropractic from Iowa's Palmer College in 1981. In more than 30 years, he has operated a private practice and has helped develop a statewide multi-disciplinary healthcare system in Maryland.