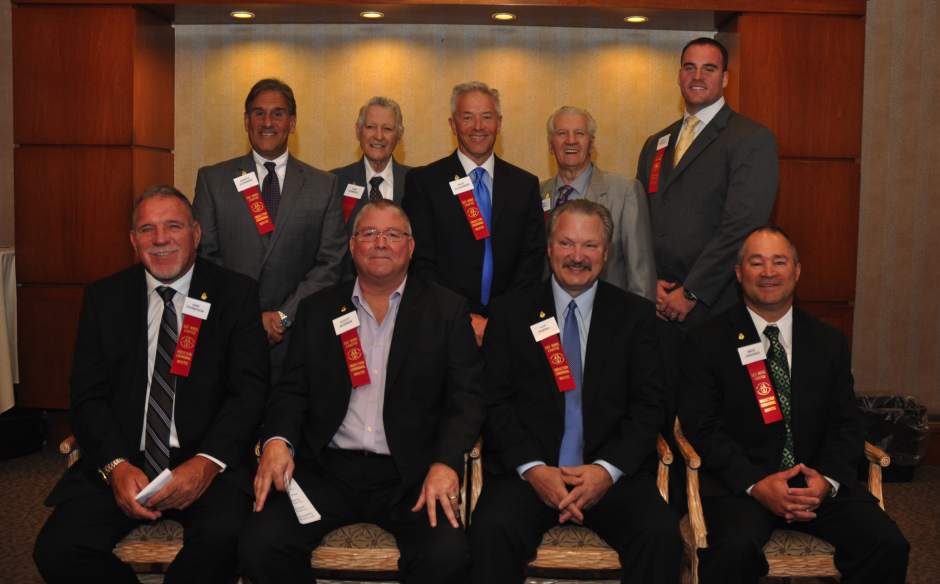 Paul grew up playing several sports, from hockey to basketball, and played on several hockey all-star teams. He attended Churchill High School. Basketball soon became a top priority. As a sophomore, he played varsity, improved as a junior and was a a captain his senior season.  Also as a sophomore, he played football, but an injury eventually led him away from the gridiron. That decision opened the door for golf, and he lettered and started as a junior and was captain his senior season.

At Penn State, Paul earned a spot on the sports staff of the award-winning Daily Collegian newspaper. He covered Joe Paterno's first national championship as Penn State beat Georgia in the Sugar Bowl.  He covered the Penn State football and basketball teams, and he earned a local radio job covering the Nittany Lions.

He came home to Pittsburgh and took the morning news anchor job at KDKA.  A couple of years later, Alexander was back doing sports and added a nightly sports show on KDKA radio. Paul works on ROOT Sports pre and post game shows for the Pirates and Pens.

The Gombos Brothers Basketball Team was comprised of six brothers from Rankin, PA.  Eddie, Paul, twins George and Tom, and John and Bob. The boys learned basketball from their father, Paul, at the Rankin Christian Center and the Russian Club. Of the 16 games played, they only lost 2 games. He also coached all six boys on his baseball team.

In 1948, the family moved to West Mifflin. George and Tom were first string starters for basketball at Rankin. Ed, Paul and Tom also played football at Rankin.  Ed and Paul graduated from Rankin High School, while George, Tom and John attended Munhall High. In his junior and senior years, George at 6'4" was a leading scorer in Section Six Basketball. At 5'10", Tom played guard on the Munhall Team. Bobby, the youngest of the six, attended Homeville Jr. High and Homestead High School, where he was also a member of the starting five.

Bob won a scholarship to Juniata College and later became a high school basketball official in the Harrisburg area for more than 25 years. Paul was the best all-around athlete in the family and his talents included being an outstanding golfer. After serving in the Army during the Korean War, the oldest boys settled back into civilian life ----- and the Gombos Brothers Basketball Team was revived. They continued to play semi-professional teams around the state for nine years and also played numerous benefits for churches and other local charities.

1986 graduate of East Allegheny High School, Mick lettered in baseball (3), football and soccer.  In 1984, the only sophomore making the Varsity baseball - team reached the WPIAL playoffs, first since 1963. In 1985, Mick was voted First Team All-Section as third baseman on a team that qualified for WPIAL playoffs.  Senior year, he was captain and top performer in the section and WPIAL. Inducted into EA Wall of Fame in 2006.

Ken is honored to accept his induction in the PA Sports  Hall of  Fame, East Boros' Chapter, where he joins three of his teammates and six of his coaches.

Ken began his athletic career at St Coleman's where he played for the Colts in football and basketball under Phil Hopbell. His love and dedication for athletics continued at Gateway where he played multiple sports including basketball, football, track, and volleyball and summer baseball.   Ken brought the perfect combination of athleticism, dedication, and competitive nature to the field every day. He was determined to be the best and had a remarkable attitude, two qualities which allowed him to lead his teammates and become the ultimate team player.

Ken was Tri-captain for the Gateway Gators' 1972 WPIAL Class AA championship football team along with Alan Baltrus, Mark O'Toole and Tony Petrocelli. Ken played offensive end and outside linebacker in a two-platoon system.   As co-captain of the track and field team in the 1972 PA State Finals, he lead his 880(meter) relay team to a second place finish with a record time that still stands today at Gateway.

While at Gateway, his coaches Bob Holden, Walter "Pete" Antamarino, Henry Furrie, Steve Klipa and Vic Maccarelli, helped him earn a football scholarship to the University of Kentucky.  During his senior year, the Kentucky Wildcats earned a spot in the Peach Bowl, where they defeated NC in Kentucky's first bowl appearance in 25 years.  Kentucky's 9-3 record ranked them 18th in the nation, and for only the second time in school history, earned Co SEC Champion Honors.

Scott started football at an early age playing for the McKeesport Little Tigers and legendary youth football coach Bill Lickert. He then went on to play four years of high school football at East Allegheny. As a defensive lineman, they won the Keystone Conference Championship in his junior year. His senior year, he was the team's co-captain and an all-conference defensive lineman.

After graduation in 1976, he went to West Liberty State College (WLSC), WV. He played four years there and was a three year letterman and a starting defensive lineman on the 1979 team that was co-champs of the West Virginia Intercollegiate Athletic Conference. A graduate in the fall of 1980, he began his coaching career as a linebacker coach at WLSC. From 1981-1984, he was the defensive line coach at Duquesne University.

Matt is a member of a very elite group of former Plum Mustangs to have played in the NFL. During his exceptional high school football career, Matt was named to virtually all local all-star teams --- Tribune Review Fab 25, Post-Gazette East and Post-Gazette Fab 22 and was a Prep Star All-American. On the state level, Matt was named All-State 2nd Team and was chosen to represent Pennsylvania in the Big 33 Football Classic.

Upon graduation, Matt accepted a scholarship to play football for the University of Pittsburgh. As a four year starter at offensive tackle, he started in 38 games and played in four consecutive bowl games. Matt was chosen as Player of the Game by the Panther coaches for his outstanding performance against the Miami Hurricanes in 2002. He was also honored with a selection to play in the Gridiron Classic All-Star Game.

Matt was signed to an NFL contract as an undrafted free agent by the St. Louis Rams. He played for the Rams during the 2004 and 2005 seasons and for the Buffalo Bills during 2006 season until sidelined by an injury. Upon the completion of his playing career, Matt turned to coaching at the high school level.  After being an assistant coach at Penn Hills (2008, 09) and Gateway (2010-12), Matt was named the head football coach at Plum High School.

The 2013-14 academic year marks the 14th year Marty is serving as Director of Athletics at the University of New Hampshire. Scarano has elevated UNH Athletics into the collegiate national arena. During his tenure, UNH teams have made 44 NCAA postseason appearances and captured 14 conference titles.

In 2007, Scarano was awarded the National Association of College Directors of Athletics (NACDA) AD of the Year for the FCS. Scarano was also named All-American Football Foundation Athletic Director of the Year for FCS football in the Northeast region. Scarano has been an active member in the leadership of UNH's three major conferences. He served as chair of NCAA division I Men's Ice Hockey Committee in 2005-06 and 2006-07.  Recently, Scarano was a member of the Hockey East restructuring team that successfully recruited Notre Dame and University of Connecticut to the conference.

Before arriving at UNH, Scarano worked for 13 years at Colgate University where he served as Director of Physical Education and Senior Associate Director; then as Athletics Director at Colorado College from July 1996 through June 2000.

Scarano, a Plum native, is a 1978 graduate of Penn State University where he started his athletic career as Assistant Ticket Manager and Athletics Events Manager from 1980-83. He holds a Masters Degree in Environmental History from Colgate University.

Dan was born in Turtle Creek and began his sporting career playing Little League and Pony League baseball.  He began caddying at the age of twelve at Edgewood Country Club and learned to love golf.  He was the caddy champion from 1963-1965.  Dan was the only "Creeker" to ever qualify and play in the finals of the Pennsylvania State Golf Championship.  He played first man on his High school and college golf teams and rarely lost a match!

After graduating from Hiram Scott College in 1970, he continued his education at Eastern Michigan University where he received his Masters Degree in working with the mentally and Physically Handicapped.  He was a successful volleyball and golf coach at Lake Brantley High School in Altamonte Springs, Florida. Dan retired from teaching and coaching in September 2013, but will continue to work with special needs and under-privileged children.

-  Awarded football scholarship to University of Maryland but because of A.C.C. crack down, accepted another full scholarship for football and attended Hiram Scott College in Nebraska

Dan's most enjoyable time in coaching was with Babe Ruth Baseball, (Buddy Ball) where he coached kids with various disabilities.