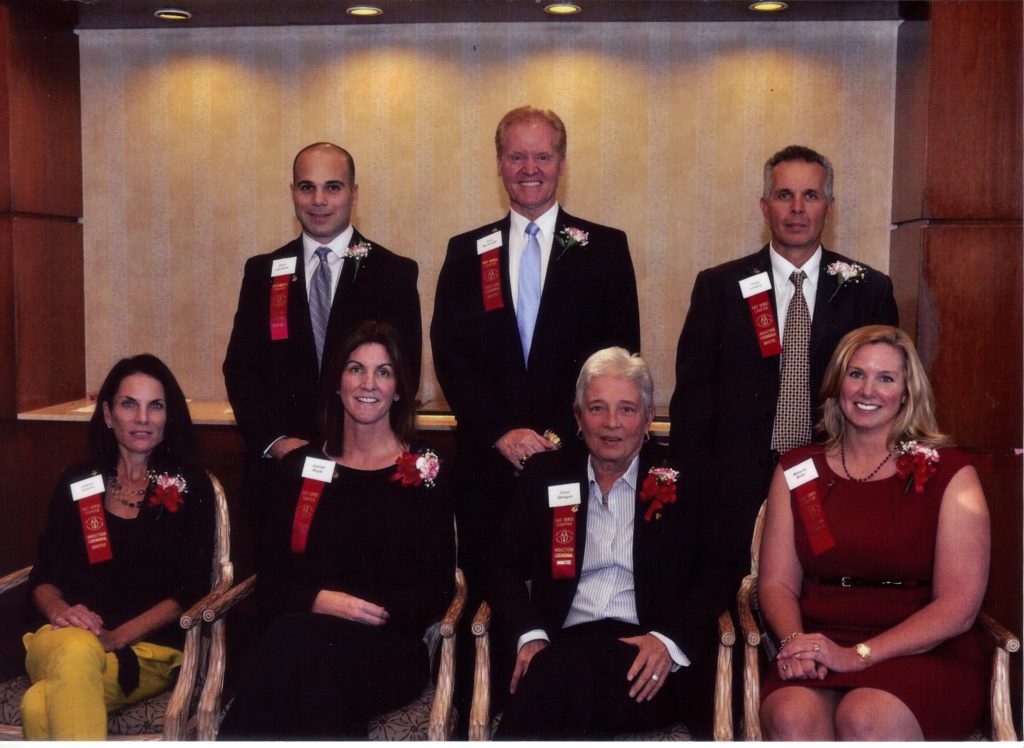 Joanne was born in Philadelphia, living there until moving to Monroeville in the sixth grade. The four-sport standout at Gateway High School earned a basketball scholarship to Duke University where she went on to be a four-year letter winner for the Blue Devils, leading the team with a then-record 75 steals her senior season.

She went on to play professional basketball in Luxembourg and Germany for three years. After retiring as a player, Boyle returned to her alma mater, serving as an assistant coach at Duke from 1993 to 2002. During that span, the Blue Devils advanced to the NCAA Championships eight times, making Final Four appearances in 1999 & 2002.

Boyle began her head coaching career at the University of Richmond in 2002. Her Spiders won at least 21 games each season and earned an NCAA bid in 2004.

In 2005, Boyle became the head coach  for the California Golden Bears, leading Cal to postseason play each year she directed the program. Under her guidance the Bears made four NCAA tournament appearances, advancing to the Sweet 16 in 2009, and won the WNIT Championship in 2010.

Boyle was named the 2006-07 Pac-10 Coach of the Year and the 2007-08 WBCA Region 8 Coach of the Year. In 2011 she received the WBCA’s prestigious Carol Eckman Award, honoring coaches for a combination of success on the court and distinguished character off the court. In 2011 Joanne returned to the ACC as the head coach of the Virginia Cavaliers.

Brian is a 1991 graduate of Plum High School. He won the Pennsylvania State Wrestling Championship as a senior and was the runner-up as a junior. He won two WPIAL championships and two section championships. Brian had a career high school record of 87-5 and post-season record of 23-1. He was voted an Asics All-American and USA Wrestling 1st Team Academic All-American.

In 1996, Cheryl exploded onto the national running stage by qualifying for the Olympic Trials in her 2nd year of marathoning. She placed second at the 1997 National Marathon Championship with a time of 2:39 earning a spot on the World Marathon team. She traveled to Greece to represent the United States in the World Marathon Championship where she was the top American finisher. At the local level, Cheryl placed second in the Pittsburgh Marathon in 1996 and 1998. Cheryl still holds several road race records throughout Western Pennsylvania.

In 1977, Tony’s senior year at Penn Hills, his baseball team  won the WPIAL Championship. He then went on to attend Chipola Junior College in Florida on a baseball scholarship. He received the award for the “All Southern Conference Catcher”. In 1978 & 1979 his batting average was .373 and .380. He helped the Indians to State Finals two years in a row, while maintaining a 3.2 QPA.

He was awarded a scholarship to Louisiana State University where he held the school record in doubles with a .322 batting average and a .976 fielding average behind the plate.

At 17, following a stellar prep career at Greater Johnstown High School, Tom’s boyhood dream of playing professional baseball became a reality. The Cleveland Indians made him their first pitcher selection in the June 1973 Major League Baseball Draft. Tom was All-Star performer over the next year, collecting 19 wins between the Gulf Coast Rookie and California Leagues.

In 1975 at 19 years of age, Tom threw a Mother’s Day No-Hitter for San Antonio in the Class AA Texas League. He was then promoted to the Indians Oklahoma City affiliate in the Class AAA American Association. At the conclusion of the ‘75 season, he became the Major League’s youngest player when he was added to the Tribe’s 40-Man Roster.

Since the conclusion of his playing career, Tom has been the Host/Producer of the nationally syndicated SportsWeek television program. He has been a motivational speaker for Major League Baseball, the NFL, and the NCAA. Tom has been a part of the ministry of the Cornerstone Television Network since 1993.

Melainie swam for Gateway High School where her achievements earned her a scholarship to the University of Florida. During high school , Melanie earned 7 individual WPIAL titles & 6 individual PA state titles. In college Melanie was named All-SEC all 4 years and won an NCAA Division I title as a member of the American record-breaking 4x100 freestyle relay.’’

At Gateway Melanie set WPIAL & PIAA records in the 50 & 100 freestyles, was an 11 time All-American and appeared in Sports Illustrated Faces in the Crowd in 1988.

Known throughout Western Pennsylvania as a football coach, Joe’s athletic accomplishments are much farther reaching. The 1956 Plum graduate was the captain of his football, basketball and baseball teams. As Alle-Kiski Valley Back of the Year, he led the 1955 Mustangs to an undefeated season. A standout on the baseball diamond as well, Joe set a WPIAL record by striking out 20 batters in a seven inning game.

While Naunchik accepted a football scholarship to Arizona State, he left early to sign a baseball contract with the Pittsburgh Pirates. Joe played in the minor leagues for three years before returning to college, eventually becoming a teacher and coach.

Joe spent 40 years as a high school football coach (25 as head coach). Nine of those years were spent as coach of the Mustangs where his teams won two conference championships and one co-championship. Naunchik spent four seasons as part of the University of Pittsburgh coaching staff. Joe is a member of the Alle-Kisk Hall of Fame and Plum High School Hall of Fame.

Carol Sprague, a 1971 and 1974 graduate of Slippery Rock University, began her career as a teacher and went on to work as an athletic administrator at the University of Pittsburgh from 1974 through 2012. During her career at Pitt, Sprague was the sport administrator for all of Pitt’s sport teams, except football and men’s basketball.

Carol also coordinated the use of all of Pitt’s athletic facilities and stadium and arena operations. Finally, she was the department’s project manager for the construction of the Petersen Events Center and over saw many other capital projects during her tenure at the University.