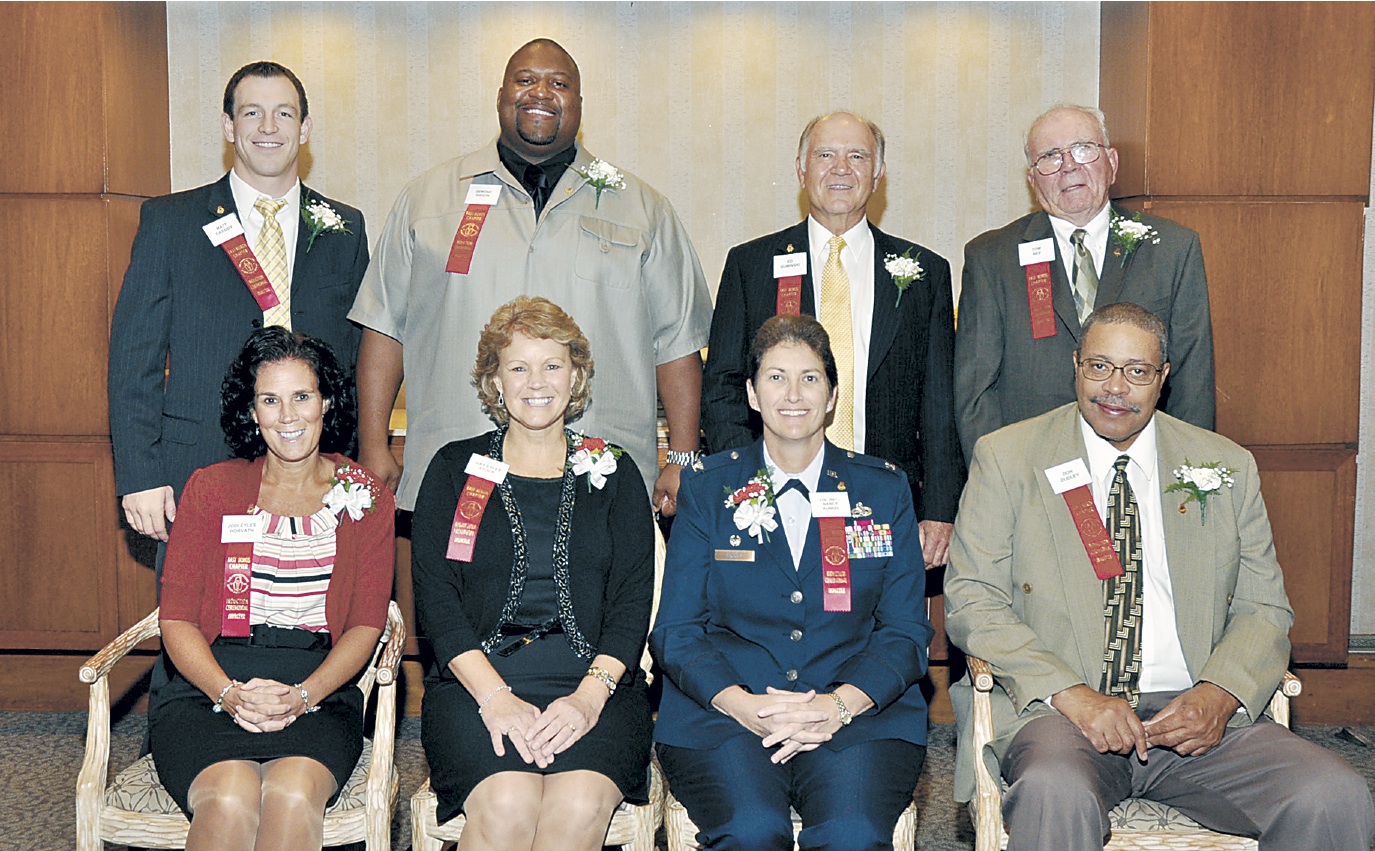 Cassidy, a 2002 graduate of Plum High School was a four-year letterman in wrestling, where he held a 109-23 record. In 2002 Cassidy was Section 4 champion, Southwest Regional Champion, WPIAL District VII Champion, 189-pounds state champion, on the PIAA Class AAA All PA wresting team and participated in the Dapper Dan Wrestling Classic.

The 1966 graduate of Rankin High School excelled on both the football field and basketball court. Dudley was a three-year starter on the gridiron, playing wide receiver as a sophomore and quarterback as a junior and a senior. He earned honorable mention all-state honors three times.

Dudley was a force on the basketball court, as he was a first-team all-section player his junior and senior seasons. He was the first player from Rankin to be selected for the Dapper Dan Roundball Classic. He was one of four local seniors to be named all-scholastic by the Tri Borough Dapper Dans, which recognizes excellence in academics and athletics.

Dudley chose to play basketball and football in college,and he signed originally with Parsons College in Iowa. He transferred to Point Park, where he played from 1968 to 1971.

Gibson’s high school football career at Penn Hills Senior High School began in 1993 under head coach Neil Gordon. As a senior Demond was a captain on the 1995, 15-0 State Championship team and he was named Street & Smith’s Top 10 Players in the country, the Lions Club Player of the Year, and was team captain in Big 33 Football Classic. He earned a full scholarship to the University of Pittsburgh, where he was a four-year letterman. Demond played in 48 straight games as a Panther and led the Panther D-Line his junior and senior year with 70+ tackles. As a senior, he was a Dapper Dan honorary, named to the 1999 All Big East team, and the Defensive Lineman of the Year.

Guminski was captain of the 1966 Class A undefeated North Braddock Scott High Purple Raiders.  He received the John Reed "Outstanding Lineman” award, was named Athlete of the Year and was a recipient of the Dapper Dan Outstanding Student Athlete award. He continued his education and football career at Princeton University where he was defensive captain of an undefeated freshman team. After competing against four future NFL first-round picks, his playing days were cut short by an injury.

Horvath received a full swimming scholarship to the University of Texas, where she was a member of the four-time NCAA Division 1 National Championship team and earned All-American honors 22 times.

Now a retired U.S. Air Force colonel, Kunkel is a 1977 graduate of Penn Hills High School, where she excelled in volleyball, softball and basketball and earned 11 varsity letters. She attended Slippery Rock State College and earned a degree in physical education/health, while playing intercollegiate volleyball and softball. She received numerous accolades at the high school and college levels.

Nee spent his whole teaching career in the East Allegheny School District, where he coached football and track from 1960-1975. He was an assistant football coach at Carnegie Mellon University from 1979-2004. His teams were often WPIAL and NCAA conference champions. In 1960, he coached St. Bernard Grade School's team and won the Pittsburgh Diocesan Championship. He also served as defensive coordinator at Seton-La Salle High School from 1978-79.

Nee’s own playing career in football and boxing was from 1950-51 at Mt. Lebanon High School, 1952-54 for the Pittsburgh Southside Merchants, 1956-57 at Clarion University, 1956 for the Pittsburgh Golden Gloves and 1959 as a runnerup for the 8th Infantry Division in West Germany.

Stock is a graduate of Franklin Regional High School and Clarion University, where she earned her degree in elementary education/athletic coaching. A competitive swimmer, she was Franklin Regional’s first state champion, a WPIAL Champion, a PIAA State Champion (and she set a PIAA state record), held WPIAL top two finishes between 1973-1977, and was a five-time All-American Senior National Qualifier.