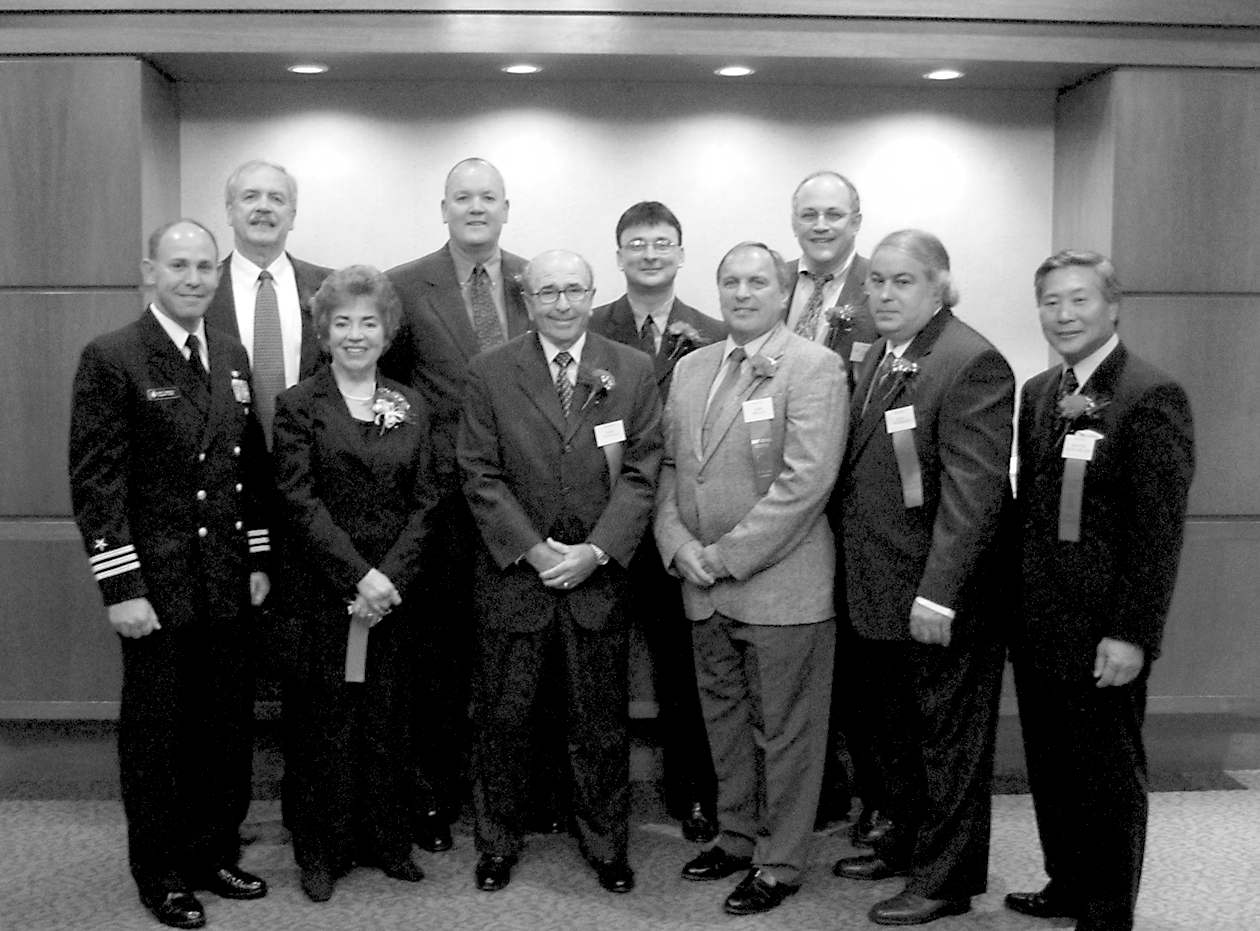 Tim was a four-year letterman in baseball at Gateway High School.  During that time, he set single game records for strikeouts in consecutive games and then routinely broke those records in his next outings.

On May 3, 1977 Tim recorded his first no hitter.  Just ten days later he pitched his second no-hitter.  The following year, his last at Gateway, Tim would pitch his way to a third no-hitter.  During Tim’s career at Gateway he would post 22 wins against only 2 losses and was named all-conference all-star three times.  He also held the career record for strikeouts.  Tim was inducted into the Gateway Sports Hall of Fame in 2000.

In June 1978, less than a week after his graduation from Gateway, the Oakland Athletics took Tim in the first round of the Major League Baseball draft.  Ten days later, Tim made his debut pitching against the Kansas City Royals and Hall of Famer George Brett. In his next start, Tim lost a heartbreaker 1-0 to the Cleveland Indians, but in the game Tim struck out 10 and surrendered only two hits.

Paul began his basketball career at Gateway High School as a sophomore in 1964.  His career culminated in a dominant senior year that led the Gators in scoring and rebounding.  He was named Most Outstanding Player in the conference and was voted to the WPIAL All-star team.  He became the first Gator to participate in the prestigious Dapper Dan Roundball Classic.  Paul’s success and hard work took him to the Atlantic Coast Conference and to Clemson University.

At Clemson, Paul played against some of the best players in the country, including: Nate Archibald, Dave Cowens, Charlie Scott, John Roach and Will Hetzell.  Paul graduated from Clemson in 1972.

Soon after graduation Paul moved into the coaching ranks as an assistant at Indiana University of Pennsylvania.  He coached at Penn Hall Academy, Slippery Rock University, and Garrett Community College in Maryland.  While at Garrett, Paul was named the 1977-78 Maryland Junior College Coach of the Year.  Paul continued to solidify his coaching credentials at West Liberty State College.  There, Paul took the Hilltoppers to three playoffs appearances.

In 1980, Paul established the Metro Index Basketball Camp.  Paul went on to coach at East Allegheny and Franklin Regional High Schools.  In 1992, Paul was the head man at Penn State- New Kensington where he had success after success and again be named coach of the year.

Paul became Athletic Director at Yough School District before accepting the same position at hometown Gateway.  He was soon asked to take the reigns of  boys basketball coach and against long odds led the Gators to a 2001-2002-section championship.  Paul was named Coach of the Year, one last time. Paul left these posts at Gateway in 2003 to take the job of Athletic Director at Shaler Area.

Grandmaster C.S. Kim has been studying the traditional martial art of Tang Soo Do consistently over the past 53 years.  He has dedicated his life to the growth and preservation of the Martial Arts.  Master Kim is the President and Founder of the International Tang Soo Do Federation.

In 1988, Master Kim was inducted into the Karate Hall of Fame located at Madison Square Garden.  In 1995, he was selected “Man of the Year,” by Black Belt Magazine.   Past winners of this elite award include:  Bruce Lee, Chuck Norris and Steven Seagal.

Master Kim has been featured in over 19 National and International Martial Arts Magazines.  He has also produced 6 professional videotapes.  Master Kim has authored “Authentic Tang Soo Do” recognized as the leading reference text for the traditional martial artist.

Tom graduated from Braddock High in 1960.  While at Braddock, Tom played both baseball and football.  He was a member of the Braddock football team in an era of unparalleled success, which included a 58 game unbeaten streak under legendary coach Chuck Klausing.

After graduating from Braddock High School, Tom went on to California State University where he played baseball and majored in education.

After graduating from Cal State, Tom accepted a teaching position in the East Allegheny School District.  He was an assistant football coach from 1964-1982.  Tom became head coach in 1983.  He would go on to compile a 95-66-8 record from 1983-1995, while taking five of those teams to the playoffs.  Tom’s teams would win conference championships in 1992, 1993 and would win the WPIAL AA Championship in 1992.

In 1996, Tom became the head football coach at Gateway High School.  Then in 1999, Tom led the Gators to their first playoff appearance in 13 years.

Major League Baseball Hall of Famer Pie Traynor once said about Joe: “The lad is a wiz on both offense and defense.  He is blessed with a good arm and keen eye, with a .359 batting average.”

Joe began his athletic career at Scott High School in North Braddock.  There he lettered in three sports.

After a highly successful high school career, Joe had four more successful years at Slippery Rock University in both baseball and football.

Soon after graduation, Joe joined the United States Army. He began his football coaching career as an assistant at Fort Sill, Oklahoma.

In 1974, Joe became Assistant Principal at the Baldwin-Whitehall School District.  Just five years later, Joe was elevated to Principal.  Joe kept that position until his retirement in 1991.

Mike began his career as the starting center on the 1969-70 Westmont Hilltop High School Basketball Team in Johnstown, PA.  There he was the leading scorer and rebounder on the best team in school history 24-2.  They were the Tri-County and Mountain Conference Champions.

Mike is the primary orthopedist at Penn Hills since 1982 and Riverview High School since 1987.  He has been the doctor for the NBA Hoops Summer Basketball Classic, the Dapper Dan Roundball Classic, and the Kick-off Classic All-Star Football Game and U. S. Amateur basketball team touring Puerto Rico.

Gary is a 1978 graduate of Plum High School where he participated in three varsity sports (wrestling, cross country and physical fitness).  Gary was named Plum’s Co-athlete of the year primarily for his accomplishments in wrestling where he compiled a 64 and 8 and 2 record.  Gary became the first Plum wrestler to qualify for the PIAA state championships and did so twice.  During his first three years at Plum, Gary led the wrestling team to a 40-4 record that included the only undefeated team in Plum history.

Gary went on to graduate from the U.S. Naval Academy.  Gary earned his “wings of gold” and was designated a Naval Flight Officer specializing in flying the S-3B Viking.  He has accumulated 3,500 flight hours and 880 carrier landings in nine different aircraft and on eight different aircraft carriers.

Gary continues to be active in youth sports by coaching the Navy Junior Wrestling Team and by officiating youth soccer.

John began playing in organized sports at Braddock Jr. High School where he was a member of the 1950 Junior High basketball team that was undefeated.  In 1952 he moved to Rankin.

In 1954, John, along with Nick Davis, co-captained the Rankin High basketball team who went on to win twenty-two consecutive games and was the only undefeated WPIAL basketball team that year.  John was selected to the Section 7, First Team All Stars.

After graduation, John attended the University of Louisville.  There, John played basketball and was a member of the 1956 Cardinal team that won the prestigious National Invitational Tournament and finished the season ranked #1 in the country.

Upon his return to the U.S., John was employed within the Pittsburgh Public School system for thirty-eight years with service as a teacher, counselor and administrator.